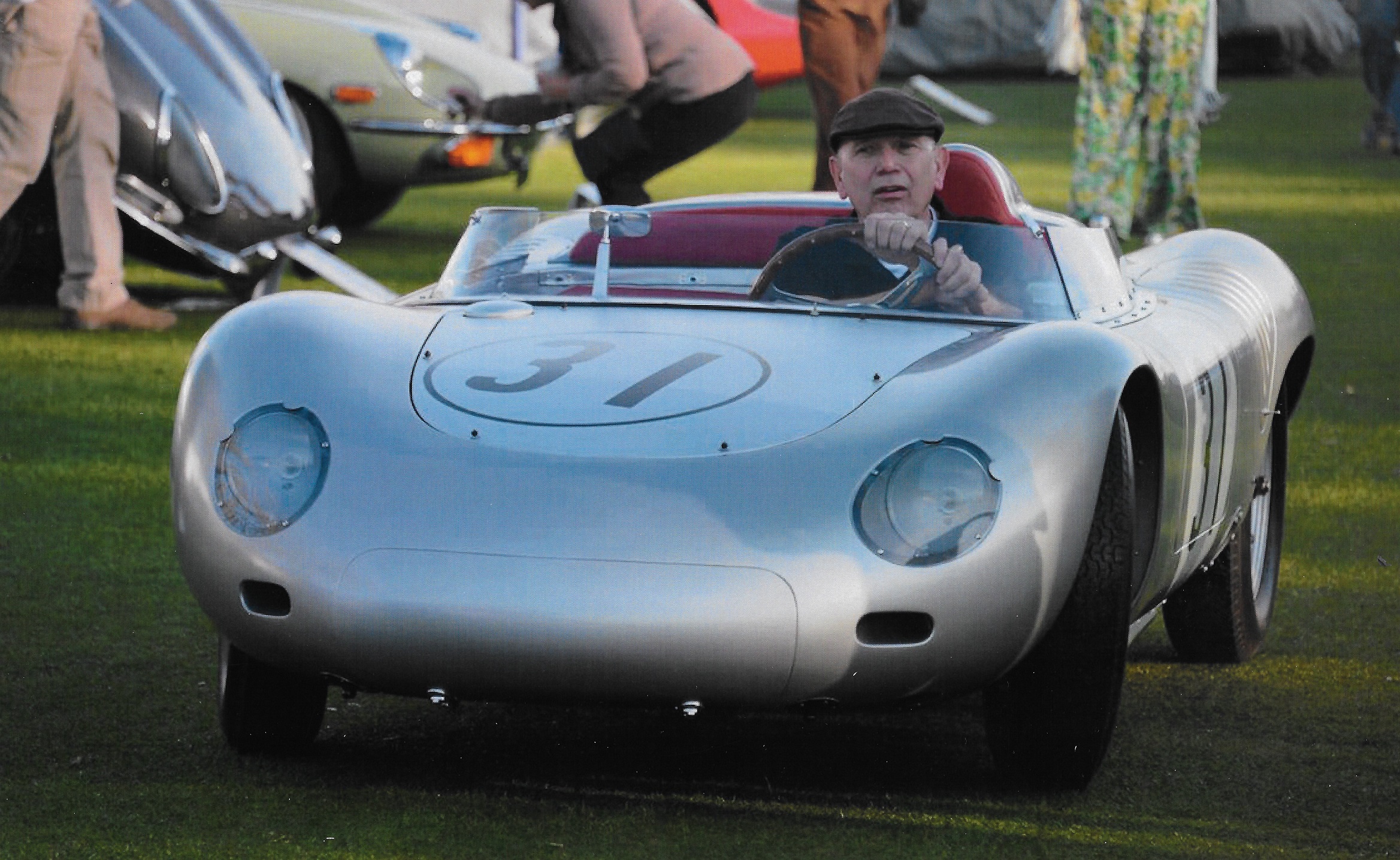 "I grew up in Southern California during the 60’s and 70’s and experienced firsthand the best of Porsche’s racing cars from the 50’s, 60’s and 70’s, including Porsche GT Carrera’s, all of the Spyders, Abarth Carrera’s, 904’s, 906’s and Carrera RS’s, many of which I started working on before I was 20 years old.

In 1972 and 1973, I went to the Southern California Regional Occupational Center in Torrance, CA to study machine shop. While studying to be an apprentice machinist, I worked at a machine shop that supported a manufacturing company. I worked as an apprentice machinist until the end of 1974. During this time, I was introduced to Dr. Warren Eads who was just starting to build his collection of Porsche race cars and had begun restoring them at Al Cadrobbi’s shop in Van Nuys, California. Also, at this time, Dr. Eads started Spyder Sports Racing, which specialized in restoring and racing Porsche 356 GT Carreras and Spyders. I became a part of this team at its inception and began working on 550A-0135 alongside Al Cadrobbi at his shop in Southern California. Al was probably the foremost 4 cam mechanic in Southern California from the mid 60’s all the way into the early 2,000’s. Al trained under Erhard Zedelmayer, who was a full time Porsche factory employee and 4 cam specialist who came to California to work for John Von Neumann’s Porsche racing team. Prior to returning to Europe, Erhard sold his shop to Al. The Porsche’s that Al prepped for racing were winning races, and in 1965, Al prepared the Carrera GT Speedster that Dick Smith drove and won the SCCA’s national championship. Al’s intellectual curiosity was amazing; he was always looking at different ways to make the cars lighter and faster. Al’s traits and qualities were instilled in me from the onset as I worked alongside him. As a result, I was able to see firsthand and learn about all of the developments on Porsche’s 4 cam race cars, from improvements in suspension technology plus all of the developments in the engines where horsepower increased from 115 to approximately 190. In addition to assisting Al at his shop, I also helped support his customers racing efforts at Riverside Raceway, Willow Springs and Laguna Seca.  Over the years, we worked on 550’s, 550A’s, RSK’s, (including center steer versions), RS-60 Spyders, 904’s and 906’s. During this time, I also developed a passion for making these cars look great in addition to going fast, so I started doing the body and paint work too. In between working for Spyder Sports alongside Al Cadrobbi, I attended Cal State University at Long Beach where I graduated in 1980 with a BS degree in financial management.

Once I graduated college, I started Vintage Car Works, a restoration shop that specialized in the restoration of Porsche GT Carreras and Spyders. We also continued to support Spyder Sports’ racing and restoration program until the late 80’s when I had a skiing accident which prevented me from working for 1 year. During this time, I was recruited to work for Pacific Engineering, a multi-disciplined engineering and construction company, so I closed the restoration shop. I started out working as a junior engineer on their bulk material handling projects, and within 1 year, I was promoted to project manager. While working as a project manager, I saw the need for a centralized department to manage all of the contracts between our customers and our sub-contractors, so  I attended UC Irvine and received a certificate in contracts management. I was promoted to the position of contracts manager and became responsible for negotiating and managing all of the company’s contracts and sub-contracts. This knowledge and experience allowed me to advance within the company again, and I began traveling to our job sites with the added responsibility of managing all of the construction and start-up crews. Throughout my tenure  at Pacific Engineering, I continued to work for Spyder Sports on a part-time basis.

Porsche’s were still my greatest passion, and by this time it made sense that I begin to apply the management skills learned at Pacific Engineering and open another restoration and collision repair facility. Karen and I both loved Colorado, so in 1996, I found a business broker in Denver that helped me find a fully equipped collision repair shop that specialized in repairing high end cars. In early 1997, we closed escrow on a collision repair shop that supported the local BMW, Lexus and Mercedes dealerships. The shop was equipped with two laser frame machines and two down draft spray booths. It also had enough room to allow me to start restoring Porsches again on a full time basis.

With my new shop, I once again became an integral part of Spyder Sports restoration team which was in the process of restoring and race prepping 4 Porsche Spyders, a 904 and a 906 to race in Porsche’s 50th Anniversary event at Laguna Seca Raceway in August, 1998. The Spyders’ that we restored and prepared for this event were 550A-0129 which is currently owned by the Porsche family. We also prepared 550A-0135 and 718-033 which is one of 5 factory center-steer Spyders along with 718-044 LM, which is one of 2 factory racing Spyders made by Porsche for the Championship of Makes and it raced at Le Mans in 1960. Recently, 718-044 received the highest price of any Porsche Spyder sold to date. The 904 was Ben Pon’s famous race car, and the 906 was the 1967 SCCA national championship winner driven by Scooter Patrick.

In order to support the restoration and race preparation of these cars for Porsche’s 50th anniversary celebration, I performed the final body work and painted 550A-0129 and 718-044 in Colorado. Spyder Sports’ entire team was under a lot of pressure and we all had a lot of responsibility to ensure that these six Porsches were race ready for the event. Once we were there, we had an amazing pit display with all of the Spyders and the 904 side by side in the pits, while the 906 was on display at the Jet Center at the Monterey Airport. During the event, I was part of the pit crew responsible for maintaining all of the race cars.

Since the late 90’s, Vintage Car Works has become nationally known and recognized for restoring Porsche 356 Carreras, Spyders, Porsche’s first 911 - the 901, and the iconic 1973 - 911 Carrera RS. Since 2006, our focus has been Porsche, although we have also restored several Alfa Romeo’s including a 1956 Alfa Sprint Veloce Lightweight and Shelby GT 350’s. We have also built a couple of hot rods just to keep things interesting. Several years ago, we converted one of the 5 Center Steer Porsche RSK’s to left hand drive configuration so that it could participate in the Colorado Grand.

Recently, we have restored several different early Porsche 911’s and a 356A 1600 GS Carrera Cabriolet to compete at the Porsche Club of America’s annual Porsche Parade Concours. Since 2015, our cars have won First in Class along with a First Overall. Additionally, every one of the Porsche’s that we have entered has won a Gmund Award, which designates that your car scored higher than 298 points out of 300 points total.

Throughout my career restoring Porsches, I have worked with many amazing people who have become some of my very best friends. I have also met some of the greatest race car drivers from the Golden Era of racing, all while restoring and preserving some of the most revered Porsche’s ever made." 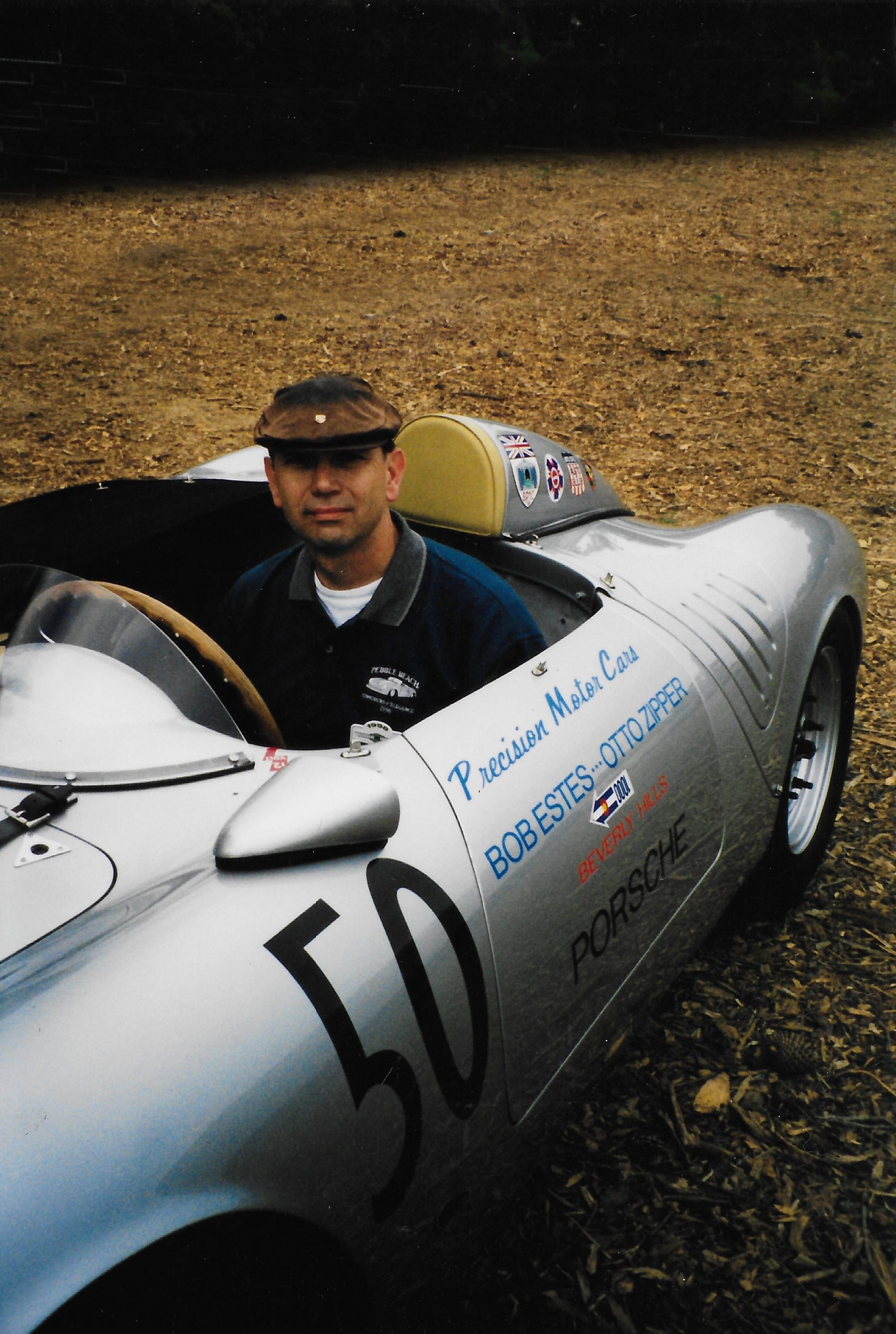